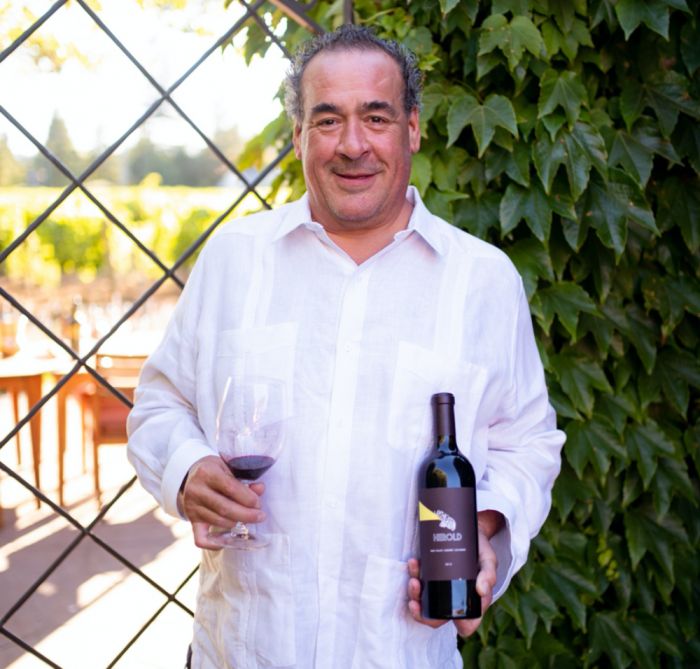 Before Mark Herold made his name in both valleys, his love for food exploration and cooking began when he was a child growing up in Panama. From making candies and selling them at school to visions of grandeur of seeking a culinary path in France, he settled on a domestic education as his mother made it clear he needed to focus to become a doctor. His studies soon found him working towards his Ph.D. in Ecology emphasizing the Nutritional Biochemistry of Aquaculture from UC Davis, where he found his true talent.

During a semester in graduate school, one of his biochemistry professors invited Mark to volunteer during harvest in his vineyard in the Sierra Foothills. His entrepreneurial spirit, which was cultivated as a kid, mixed with his studies, created a perfect blend of art, science and culture and Mark was hooked. Shortly after Mark’s wine cellar exponentially grew, and in 1992, he made his first barrel of wine, a Cabernet Sauvignon. This first bottle cemented that winemaking and viticulture would be a career path perfect for exploring his passions.

Mark was hired in 1996 as the Research Enologist at Joseph Phelps – what he would later refer to as his “wine school” – where he used his science and ecology background to fine-tune the incredibly unique style of winemaking he’s widely known for today. Just two years later, Mark’s first Cabernet label Merus, crafted at his home garage in downtown Napa, put him on the map as a winemaker in Napa Valley. 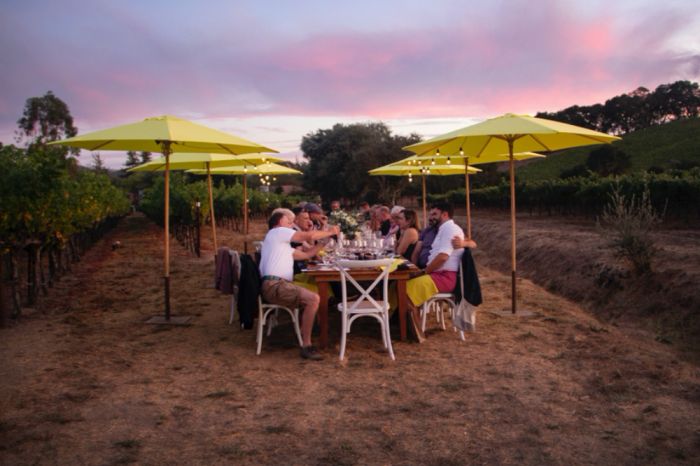 Mark’s larger than life, exuberant personality is displayed through his wines as his portfolio of Herold Wines embodies that same spirit. Whether at their eclectic, modern and approachable tasting room in downtown Napa tasting wines from renowned Napa Valley AVAs such as Oakville, Coombsville and Atlas Peak, or experiencing mountain top tastings in Sonoma with Kamen Estate Wines or B. Wise Vineyards, Mark invites imbibers to enjoy world-class wine that is approachable yet bold and distinct, from first-time visitors to seasoned collectors.

To fully enjoy Mark Herold Wines, one must plan a weekend and stay central to best enjoy (safely) their experience. Located in vibrant and bustling Downtown Napa, Blackbird Inn & Finch Guest House, is a boutique hotel that offers a vintage hideaway and unique blend of the service of a bed and breakfast with traditional amenities. Guests enter through their spacious front porch and are invited into the cozy inn with a huge stone fireplace and artful use of fine woods and stained glass. Its updated and remodeled guest rooms, each guestroom is truly unique, exude elegance with quirky charm with many restaurants and tasting rooms of Downtown Napa are within a short walking distance. 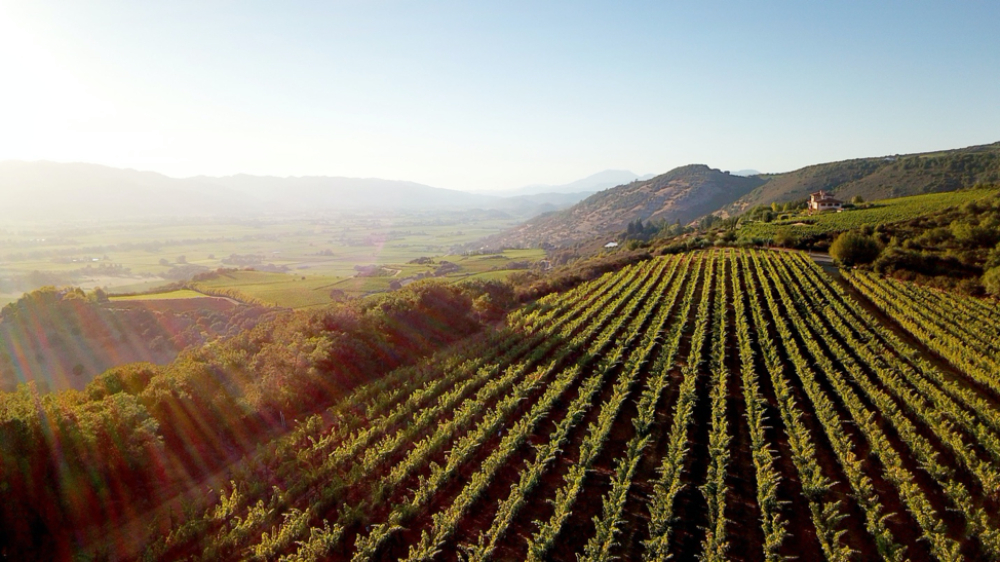 From the 330-acre Oakville Ranch. Mark’s Herold Oakville Cabernet is crafted from three distinct Cabernet Sauvignon blocks within the Ranch: Terrace, planted in 2005, Vista, planted in 2009, and Summit which is the highest point of the estate. Mark also selects one barrel during exceptional vintages for their Mastodon Cabernet Sauvignon, for the ultimate expression of vintage and terroir. At Coombsville AVA in the south of Napa Valley, the Herold Coombsville Cabernet Sauvignon is brought from his inception with Merus to wine with concentrated balance. The Herold Stagecoach Cabernet Sauvignon is made from a block planted in 2008 at Stagecoach Vineyard, the largest contiguous vineyard in Napa Valley, while their Sauvignon Blanc and Sauvignon Musque are made from the vineyards at Uboldi Vineyard on their cool, stony, western slopes on the southern edge of Kenwood in Sonoma Valley.

Since 2010, Mark Herold Wines has grown from a passion project for Mark into a growing and brand-recognized company. His distinct style of winemaking in which he’s gained a loyal following for shows prominently in portfolios of other wineries where he is head winemaker. In Napa – Celani and Oakville Ranch. In Sonoma – Kamen Estate Wines, B.Wise Vineyards, and Moon Hollow.

So when you are in Napa, live by Mark’s slogan, “live large, drink well.”

Meet the Russian lady who opened a luxury cake store for DOGS in the U.S.

Holiday Gift Ideas for Him